At each annual workshop, various announced and unannounced competitions are run. This year’s competition categories and winners are presented here for your enjoyment.

Nigel Birch: For submitting the most competition entries, including: The strangest item of clothing worn while presenting a paper (the actual clothing involved defies description - perhaps someone has a photograph)?

Most imaginative use of slide that wasn’t shown

Jawed Siddiqi: who resisted the temptation to use even one slide

David Gilmore: Why is this slide an example of itself? (it demonstrated the inadequacies of the software that had been used to draw it).

Rick Osborn: The Prolog programmer who has the scales fall from his eyes when adopting a language that conforms to his thought processes.

Best PC alternative to one of the paper titles

David Bennett: (later disqualified as he was one of the judges) So, Knowledge Acquisition Structures And Access To Knowledge Acquisition Facilitators Were Made Available At An Educational Excellence Promotional Organisation With Specialities In Research On Advanced Topics And You Have Attained Recognised And Externally Moderated Achievement Goals. No Wonder The Electronic And Mechanical Binary Computation Device Alternate Level Instruction Structure Is Chronologically Challenged. (in place of Dawson and Newsham So You Learned to Program at University. No Wonder the Software is Late.)

(Suggest titles of films that might be popular with an audience of psychologists and programmers.)

Paul Mulholland: “For many people, the Open University Prolog course is their only friend.”

Thomas Green: who insisted on the (eventually absent) significance of the Blue Anteroom during Friday night’s murder mystery game.

John Domingue: “If people want to come into my bedroom, they can have a demo.”

A walk on the Moor 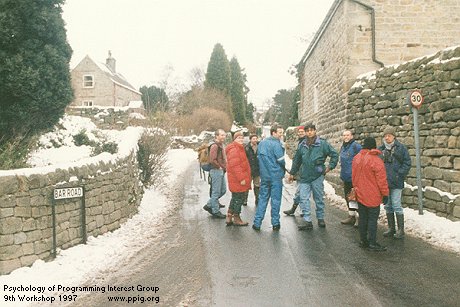 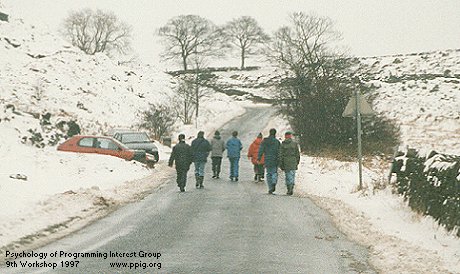 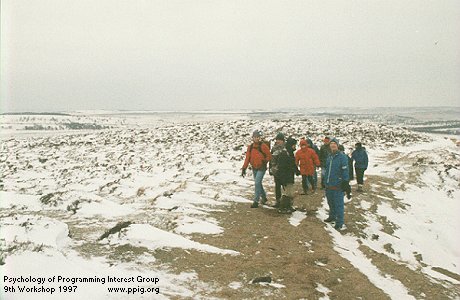